AND BOARD OF DIRECTORS 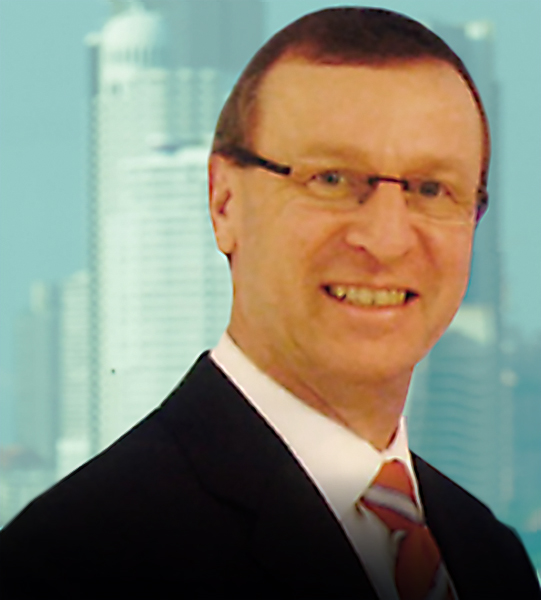 MARIO ALBIEZ
DIRECTOR OF THE BOARD CEO, GM, Country Manager, Executive Interim Manager and Management Consultant. Mr. Albiez has spent more than 25 years in Corporate, Regional and Local Life Science management assignments. His expertise is the structured design of high performance organizations delivering ambitious profitable growth. The knowledge and strengths Mr. Albiez brings to the board are extensive, promoting growth as well as improved advisory and decision skills.
Read More 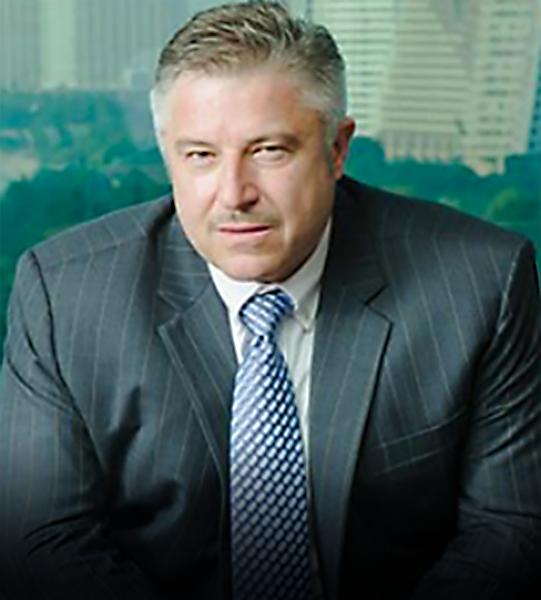 PATRIK BRUHLMANN
DIRECTOR OF THE BOARD AND CEO Master of Business NUS Singapore Executive Program Degree of INSEAD MBA from National University of Singapore. Patrik Bruhlmann has been the Chief Executive Officer at Pacific Healthcare since June 2015 and he also joined the Board of the Group at the same time. Mr. Bruhlmann has wealth of experience gained in Asia Pacific and the Middle East with a variety of Board and Chief Executive Officer positions at organizations with up to 3000 staff. Patrik joined as Group CEO coming from Australia where he served 5 years as the CEO of Vesture Limited, the second largest property services provider in Australia. Prior to that he gained extensive experience in the pharmaceutical (retail and wholesale) industry serving as CEO at Zuellig Pharma in several countries including Saudi Arabia, the Middle East and Asia from 1997 to 2010. He holds a Bachelor degree in hotel management from the famous École Hôtelière de Lausanne in Switzerland. He is a graduate of two highly related business schools holding the Executive Program degree of INSEAD and an MBA degree from the National University of Singapore.
Read More 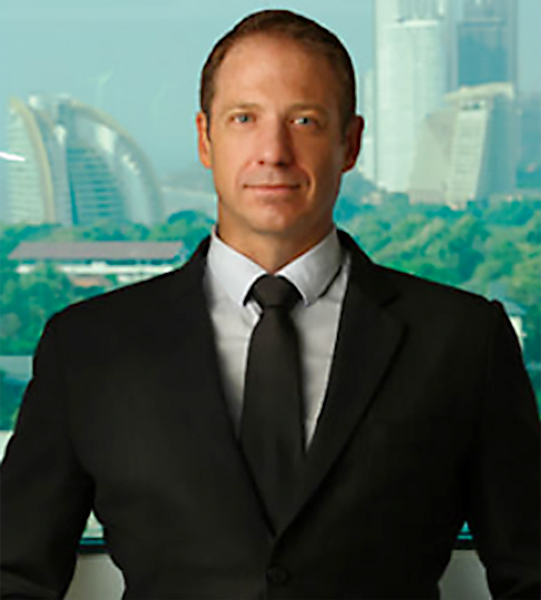 DAVID HENDERSON
DIRECTOR OF THE BOARD Mr. Henderson brings to the board extensive finance, accounting and tax backgrounds, coupled with experience gained in operational and strategic areas of business. He is CEO of ROCG Asia Pacific with a career spanning over twenty years of providing advice to businesses around the globe. Mr. Henderson has worked with clients ranging from start-ups to listed businesses across a wide range of industries and locations with activities from acquisition, strategy, growth, cash flow and general business advisory. With such expansive expertise, skills and qualifications, Mr. Henderson’s strengths in financial and strategic management help ensure the highest levels of business and shareholder value growth.
Read More 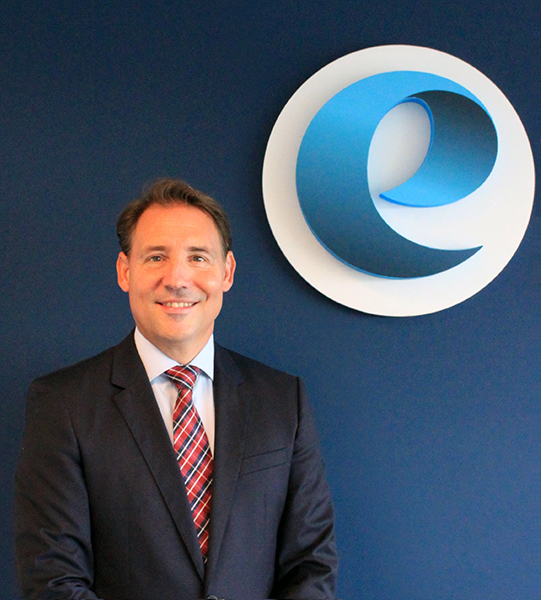 EELCO BROERSMA
Mr. Eelco Broersma became Chief Executive Officer of Eurodrug Laboratories in August 2017 after the acquisition of Eurodrug by Pacific Healthcare (Thailand). From January 2008 till July 2017, he has served as Chief Financial Officer while simultaneously overseeing the Supply Chain and Human Resources departments. During his years at Eurodrug Mr. Broersma has been actively involved in business development, successfully leading projects that have culminated in the international expansion Eurodrug’s business. Before joining Eurodrug, Mr. Broersma was Chief Financial Officer of Docs International (now Docs Global), an Executive Search company for the Healthcare industries, starting in 2002 and driving the European expansion of Docs until its successful sale by the Management Team to ICON plc in December 2007. During 2000 and 2001 he worked as a Consultant on the world wide divestment of Acordis Industrial Fibers (former Akzo Nobel). Mr. Broersma started his career in 1993 as an auditor at De Keijzer, Nipius & Co (now Crowe), serving many clients in the Life Sciences Industries as Account and Audit Manager untill 2001. He holds a degree in Business Economics from the University of Amsterdam.
Read More 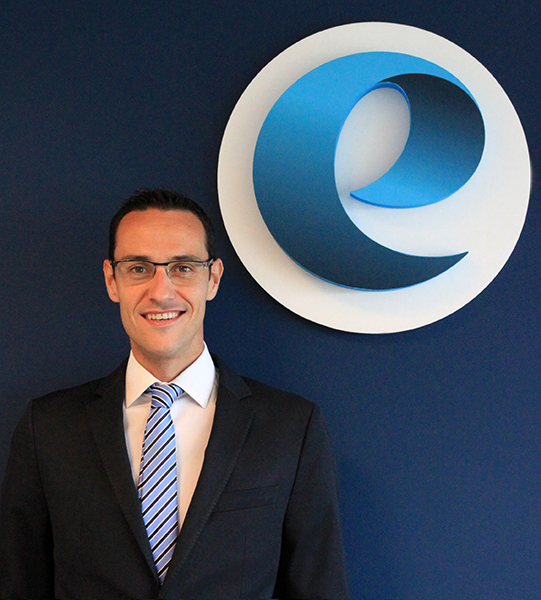 COSME MARTINEZ
Mr. Cosme Martinez (Pharmacist, MBA)– International Sales & Marketing Director Mr. Martinez has progressed successfully through different roles within the pharmaceutical industry. He started his career as a Marketing Department Assistant but was quickly promoted to the position of Product Manager, a position that allowed him to manage the company’s blockbuster in Spain. In 2009 he joined FAES FARMA (one of the top 5 local companies in Spain) as Latin America Regional Manager. In this role he had the chance to manage and expand the business across the region managing a team of over 120 people (including sales reps, area managers, product Managers and Country Managers). Taking this experience Mr. Martinez joined Eurodrug in 2014 as International Marketing Manager for Asia before being promoted as International MK & Sales Director in 2016. His technical background as pharmacist together with his MBA from the Spanish Chamber of commerce gives him a good understanding of the different areas involved in the pharmaceutical business. He completed his studies by getting a Master degree in Pharmaceutical Marketing and International Pharma business.
Read More 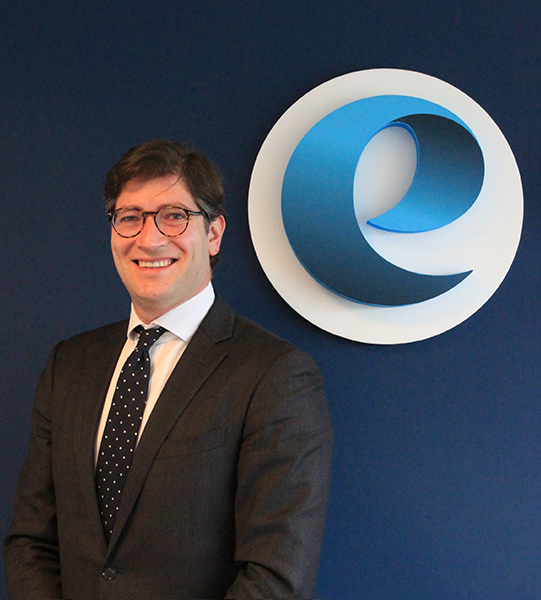 EMANUELE DE LIBERO
Emanuele de Libero, Chief Legal Officer Emanuele de Libero joined as part of the Eurodrug management team in 2015. After graduating in law from the Università degli Studi of Milan, Emanuele joined the structured finance team at Clifford Chance LLP, a law firm, where he advised arrangers, originators and ratings agencies in local and cross-border asset-backed transactions. In 2008 Mr. de Libero left Clifford Chance to pursue an MBA at the Kellogg School of Management at Northwestern University. Following graduation he moved to California to join eBay Inc., where he worked as part of the Internet Marketing team and with the musical instruments vertical of the Marketplaces business. At Eurodrug Emanuele brings his legal and business background to bear on the management and legal affairs of the company.
Read More